High-Quality Civic Writing
Daniel S. wrote a public letter arguing that the minimum wage should not be raised. While he recognizes the challenges facing people who earn minimum wage, he considers the potential unintended consequence that businesses may employ fewer workers. He further argues that raising minimum wage won’t solve the problems of poverty. This letter was written as part of the Letters to the Next President mass youth publishing project. 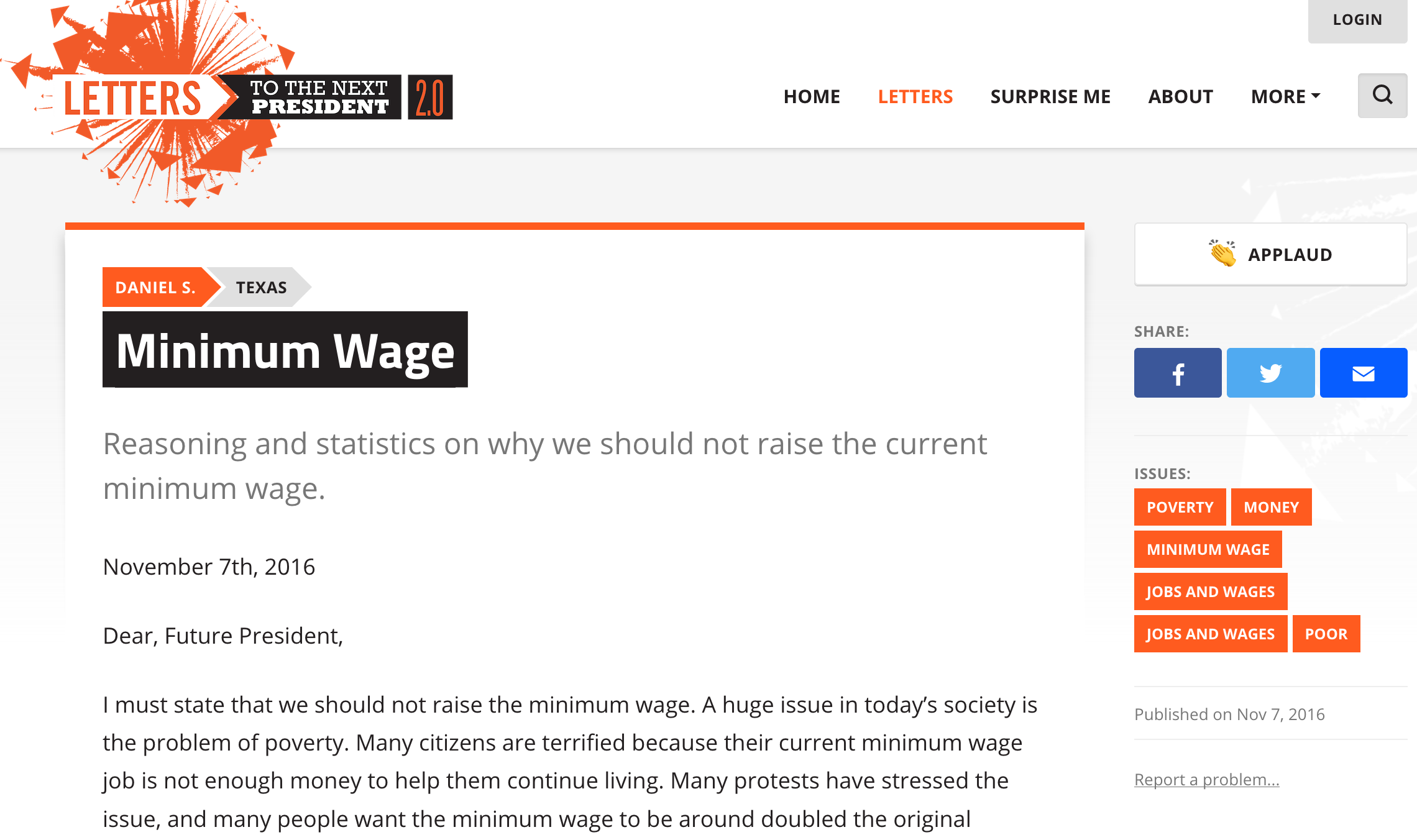 Advocates Civic Engagement or Action The letter effectively raises public awareness about the potential negative economic consequences of raising the minimum wage, through exploring seven possible negative impacts. Notably, the letter points out that raising minimum wage could have the unintended consequence of making poverty worse. “Increasing the minimum wage would overall not benefit even those of the workers who need the extra money.”

Argues a Position Based on Reasoning and Evidence The letter offers a satisfactory cost-benefit analysis to argue against raising the minimum wage. While the evidence provided is both appropriate and sufficient, the reliance on unsupported claims to develop key elements of the argument make the argument satisfactory rather than fully effective.

Employs a Structure The letter clearly and effectively organizes information to support the author’s argument against the minimum wage. For example, paragraph 4 synthesizes the information presented about young workers in paragraph 2 with the information about job loss in paragraph 3. In particular, the text is competently linked through repetition of the idea of unexpected consequences.